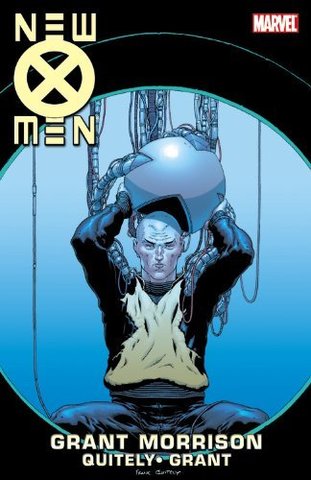 Founded and financed by the brilliant telepath Professor Charles Xavier, the X-Men are forever sworn to protect a world that hates and fears them. But on the homefront, there's trouble brewing at the Xavier Institute. One of the newest X-Men, Xorn-a healer who was imprisoned in China before coming to Xavier's-has been chosen to teach a special class for some of the institute's more difficult students. One such student is the Xavier Institute's most promising pupil, the Omega-level telepath Quentin Quire. Having just learned he was adopted, and in the midst of what may be secondary mutation, Quentin has decided everything in the world is a lie. Now, with a growing habit for a new drug called Kick, Quentin is quickly becoming more powerful than the X-Men could ever imagine.